Languages as an element of employability

In recent years, especially since 2016 when this project was requested, the problems of adult migrants in achieving real inclusion in Europe have been exacerbated by recent studies published by recognised international agencies and institutions. The increase in racist discourses and extreme movements, combined with processes of destructuring the unity of the European Union have affected, more or less, the possibilities of real inclusion of refugees and migrants.

All in all, the results obtained after two years of hard work between the entities participating in the project “TERRITORIAL LANGUAGES AS EMPLOYABILITY TOOL FOR ADULT PEOPLE”, continue to be very important to defend the value of minority languages. For this reason they have created a large number of results and materials that we see as being able to achieve all their proposed objectives. Special mention should be made of the high quality intellectual result which has been one of the fundamental points of the work developed: the MULTILINGUAL VIRTUAL E-learning ENVIRONMENT FOR MINORITY LANGUAGES FOR INCLUSION AND EMPLOYABILITY. This intellectual result is a virtual environment that proposes a large amount of digital eines for the inclusion and training of adults through the learning of minority languages in the participating regions designed to increase the employability of adults.

Along with this intellectual result, an exchange of experiences has been created between the entities and different campaigns that are promoting the richness and value of the European cultural heritage and the regions that integrate it. As well as a guide that establishes educational methods using information and communication technologies adapted to learning.

The main result of this project has been a virtual learning platform for learning the languages of the regions and countries of the partner entities that have developed this project.

This platform is based on intuitive learning and attractiveness through audiovisual resources and continuous training that allow adults (especially migrants and refugees) to facilitate their social inclusion in the region of Alicante, promoting thanks to their occupation. Designed by teachers, language experts and technicians, it proposes an autonomous process or tutoring so that these people can access training adapted to their needs.
In addition to this, it completes another of the basic objectives of the partner organisations, which is to bridge the digital gap between the majority languages and regional and minority languages and European and migrant adults, which has been achieved through the creation of virtual and audiovisual content specific to the languages involved.

In this project 4 transnational meetings have taken place, these activities have been the main physical space for the coordination, the cooperation and the communication between the partners of this project. It is for this reason that they have served mainly to coordinate and implement the planned activities as well as to elaborate the results of the project.

As planned, these meetings will be held in Spain, Ireland, Italy and France, in charge of acclimatisation and coordination of the meeting by the society of each country respectively.
In this way, the dates and locations of each meeting, as well as the people and organizations participating, and the main reason for each of the 4 meetings has been stated:

Main purpose of the meeting: this meeting will serve to ratify the definition in the preparation phase, as well as to be able to work in the programming structure of the intellectual result, on SmallCodes will be the protagonist. It is important to note that this meeting will serve to strengthen the links between the participants, creating our links between the partner entities that have resulted in the improvement of the results, promoting the sustainability of the project or the creation of other entities.

The main purpose of the meeting: the second transnational meeting was to focus on the Intel-lectual product of the O1 project, specifying the distribution of tokens among society, as well as finishing the programming of the following activities that lasted at the end of each organization at the national level, and it was also to evaluate all the work carried out up to this moment.

Main purpose of the meeting: the third transnational meeting will focus on the development of the educational contents of the e-learning Platform (O1), each of the partner organisations will produce educational, audiovisual and digital materials for each of the minority languages of their respective regions, as well as finalising all the practical assumptions that will be made by the end of the project.

In this project we have tried to have a great impact on the beneficiary community, not only through the creation of eines and training resources specific to minority languages, but also by creating an effective dissemination phase that allows these fossilised coneguts, uses and replicates to the participating regions, but also in the rest of Europe. A diffusion that, according to the advice of the intermediary report, we promoted and extended from 2017 until today.

Four multiplying events have been carried out in each of the participating regions, with the aim of ensuring that the results are followed and used by adult education centres to promote the employment and inclusion of adults through minority languages:

MULTIPLYING MEETING E1 will take place at the Hongares National Council of Transylvania on November 24th in Koloszvar (Cluj), a small town in Romania where its general association EMNT is located. This event will take the format of a working workshop, named “WORKSHOPFOR INNOVATION IN EDUCATION OF MINORITY LANGUAGES”. This event will not only serve effectively to make the project visible and disseminate the results, but also to involve the multiplier agents in the evaluation and improvement of the materials, achieving higher quality standards. For this reason the workshop will include a final part where it will generate a debate on education methodologies and the participants will make proposals to improve the contents.

MULTIPLYING MEETING E2 was held in Martino in Badia (Italy) on April 6. Our company SMALLCODES SLA will be in charge of developing the workshop “INTERACTIVE WORKSHOPFOR THE PRESENTATION OF VIRTUAL EDUCATION PLATFORM”. A formal workshop, which will serve to provide an exhaustive description of the contents and methodologies used by the platform. In a region that has a minority language interested in the project.

MULTIPLYING MEETING E3 will be the largest dissemination activity in Valencia and will gather 126 multiplier agents on December 4, 2018. So the INTERNATIONAL DAY OF LINGUISTIC DRETS, Cultural Action of the Valencian Country (ACPV) is going to be during the activity “EUROPEAN PRESENTATION OF TERRITORIAL LANGUAGES AS A EMPLOYABILITY TOOL FORADULT PEOPLE’S RESULTS” where the realised project will be presented, the E+ Programme, as well as the elearning platform “Territorial languages as an employability tool foradult people”.

MULTIPLYING MEETING E4 will be organized by ELEN and will take place in Valencia on April 7, approving the VI International Meeting of Foreign Language Teachers and Students. This was a magnificent opportunity because during the course of the 4 days of these days 78 minority language teachers from 14 different nationalities and 28 educational centres from all over Europe will gather, as well as those responsible for the Valencia City Council, the Generalitat, the Valencian Language Academy (AVL), ACPV and ELEN. 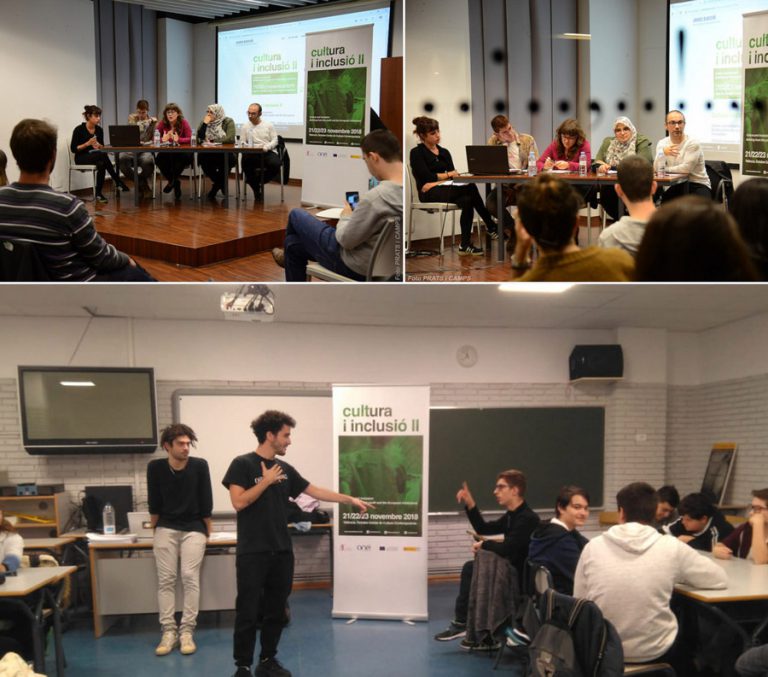 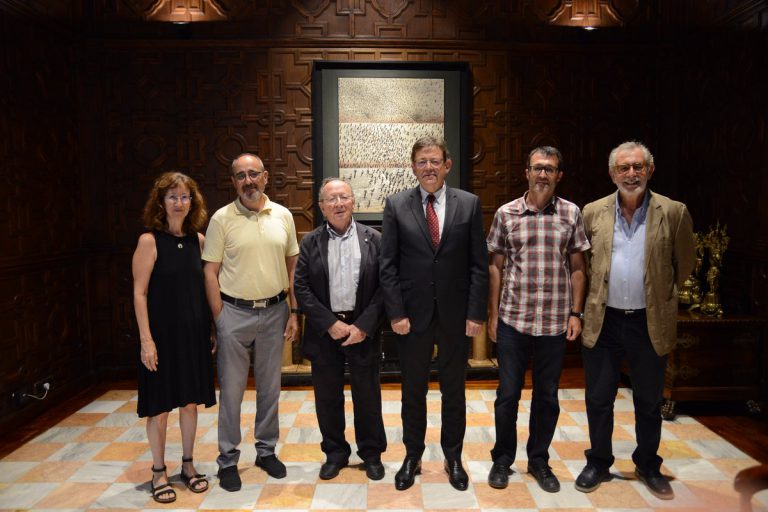 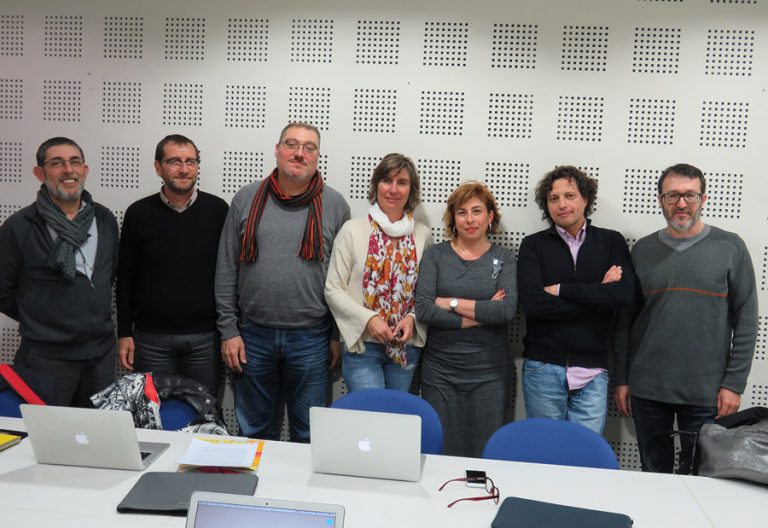 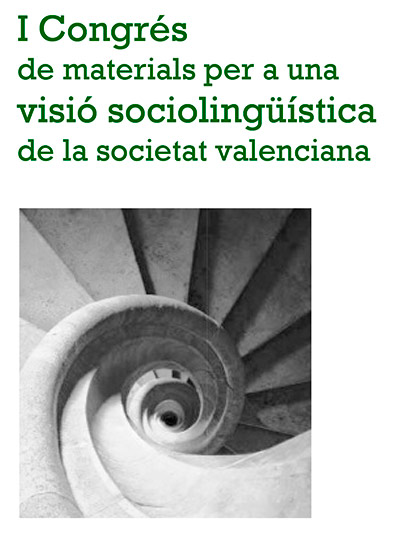 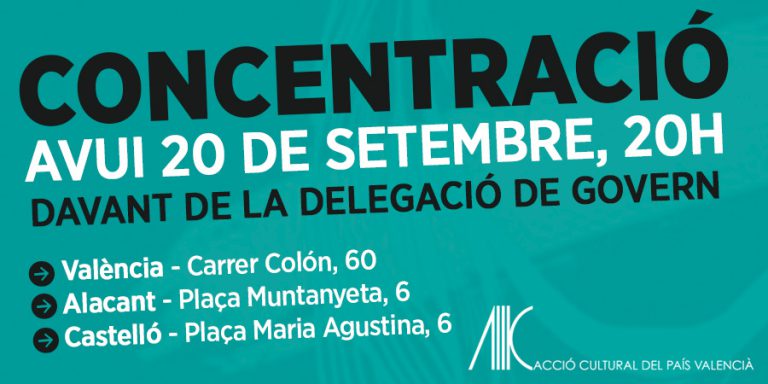 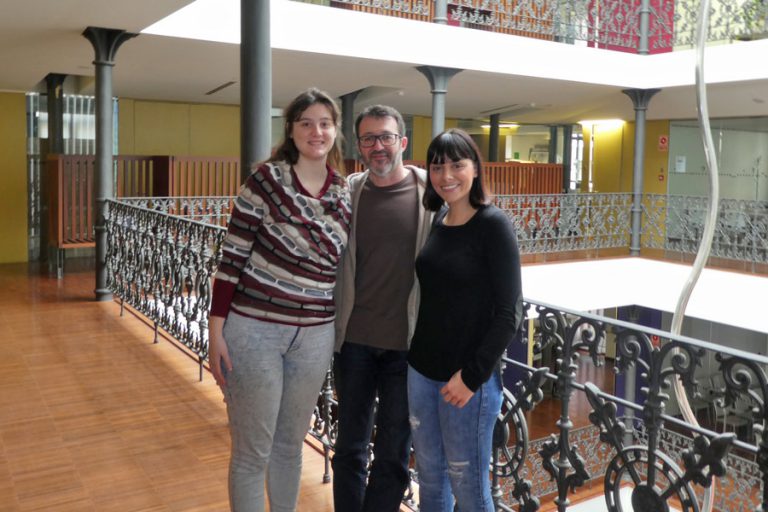 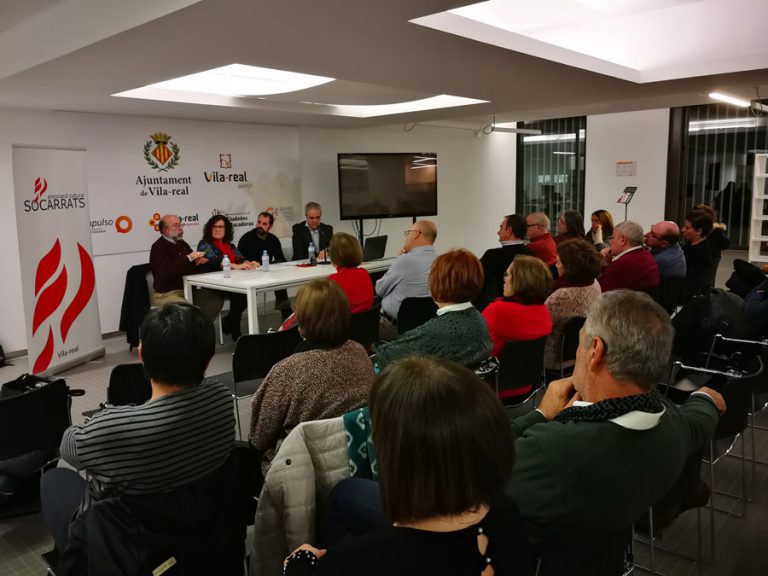 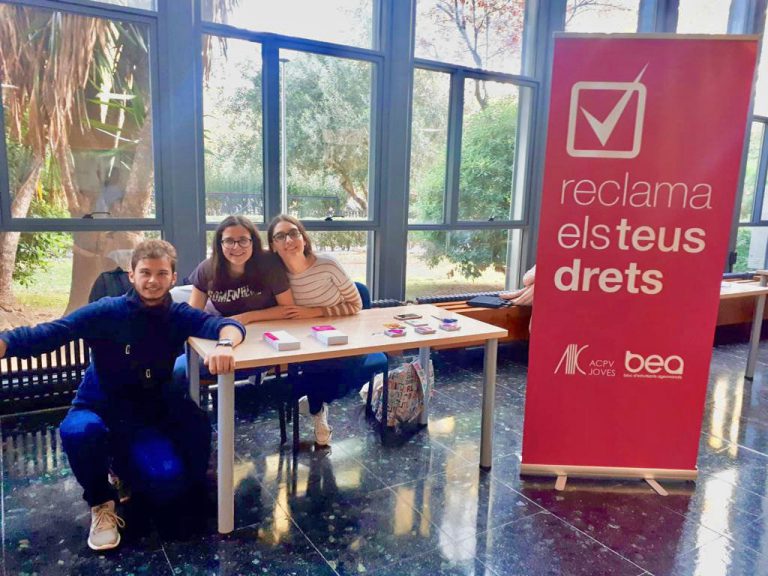 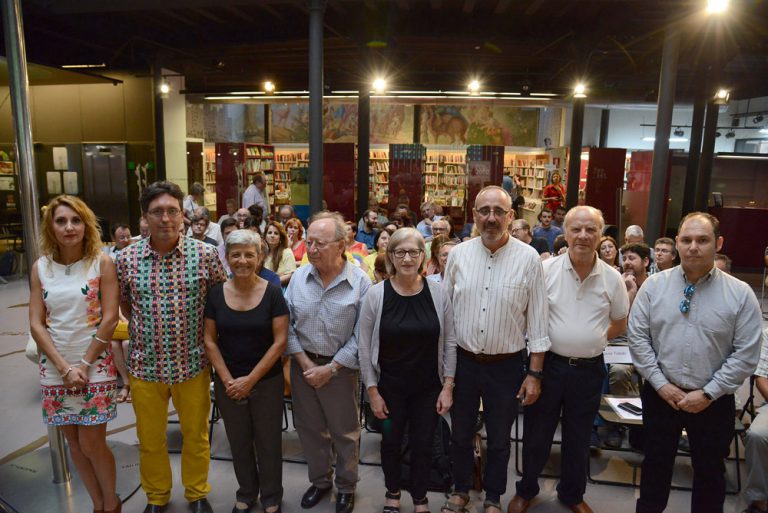 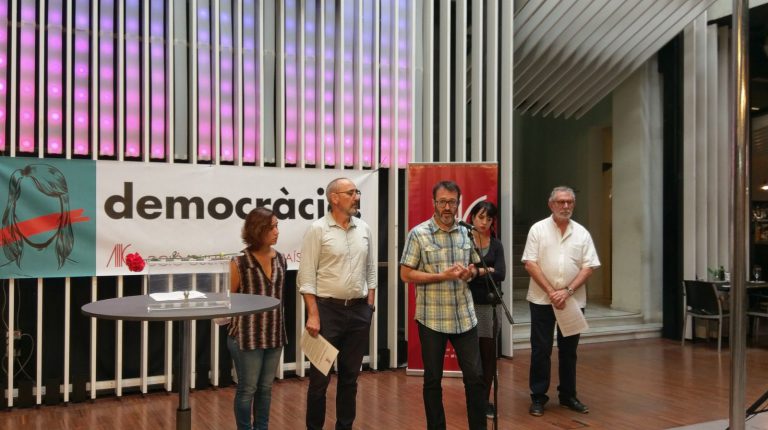 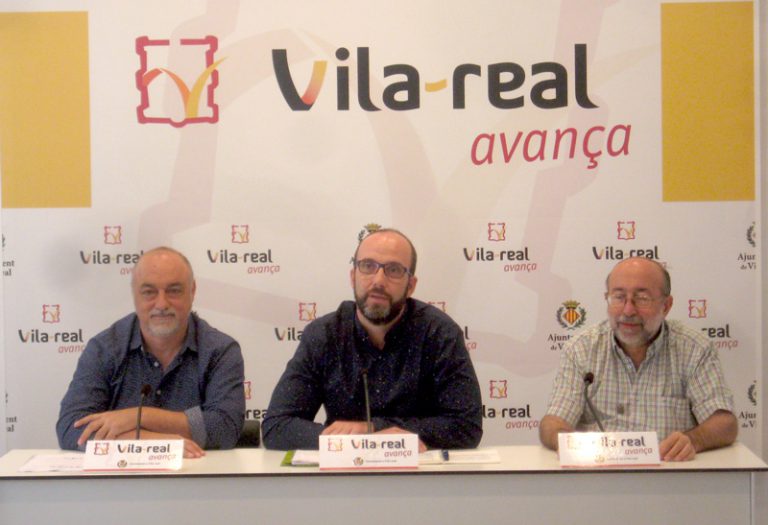 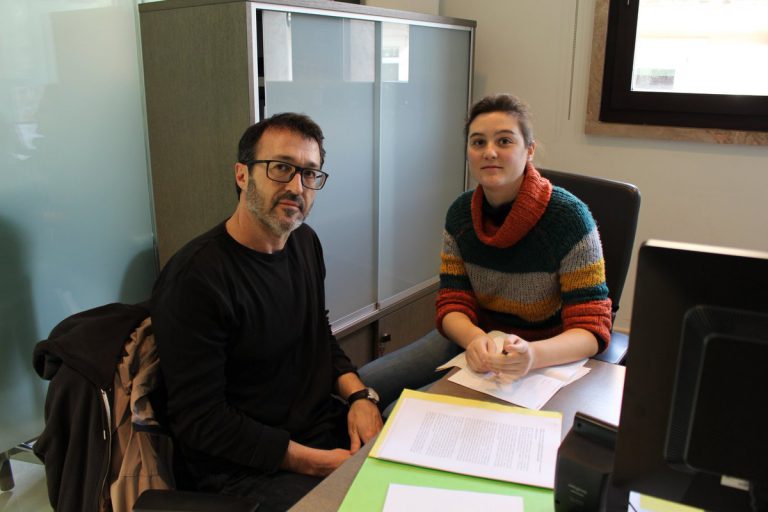 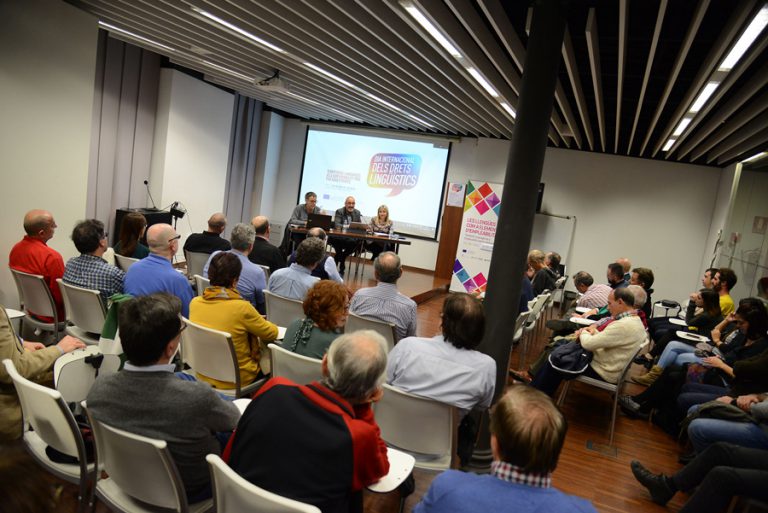 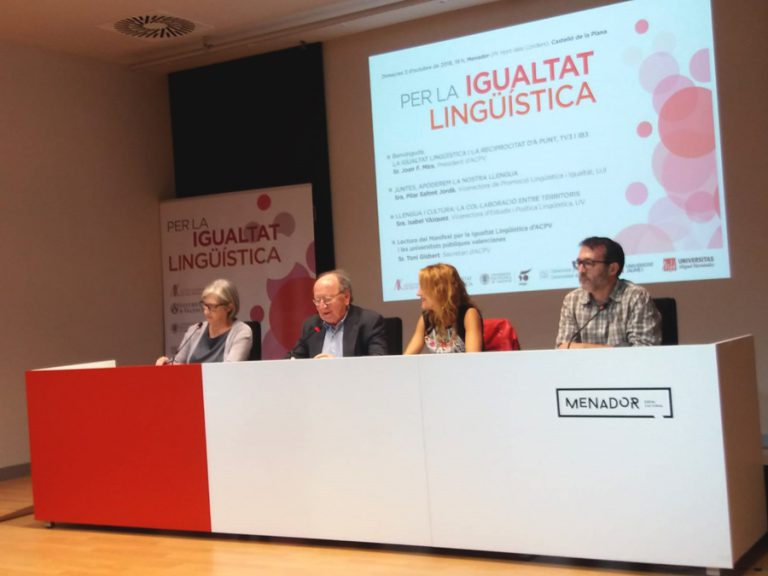 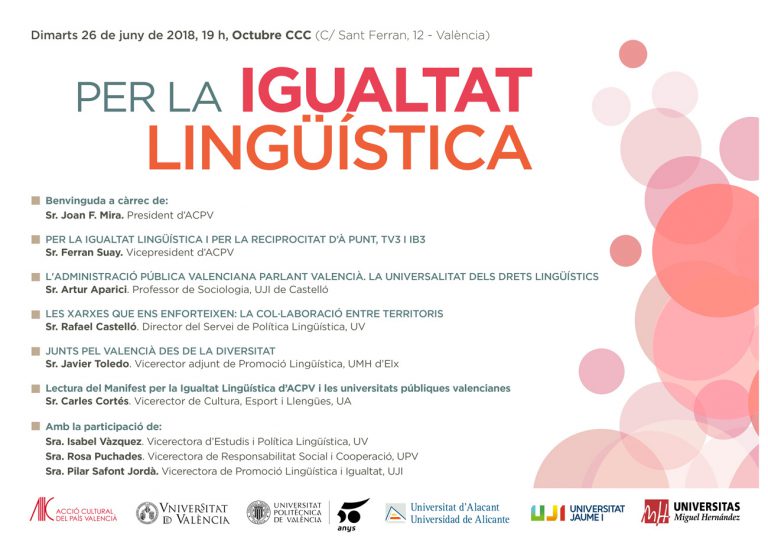 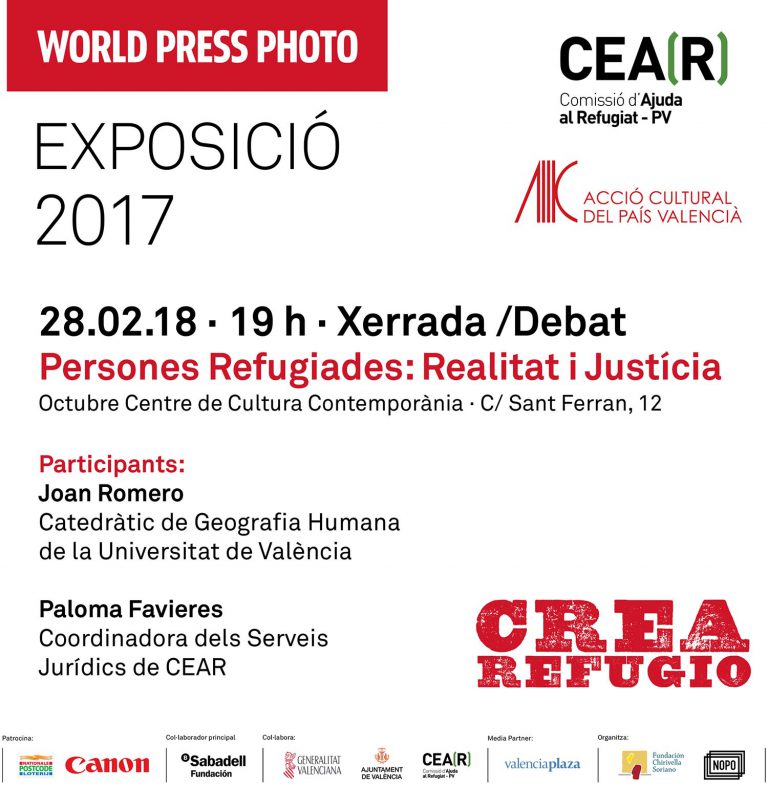 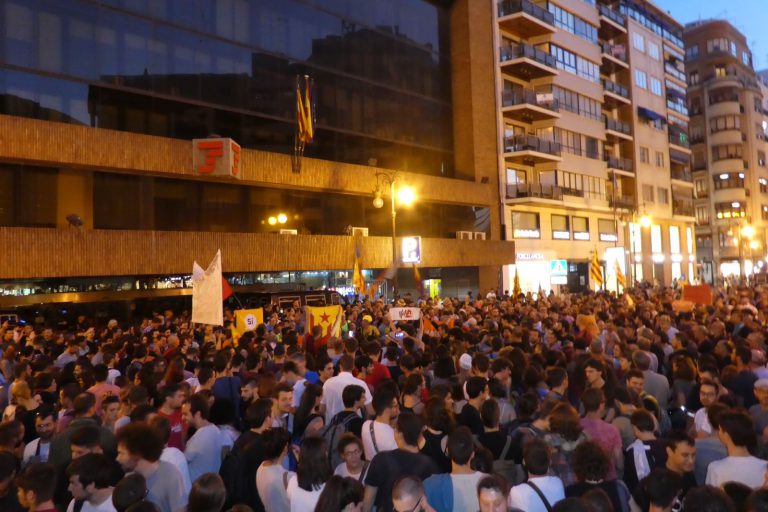 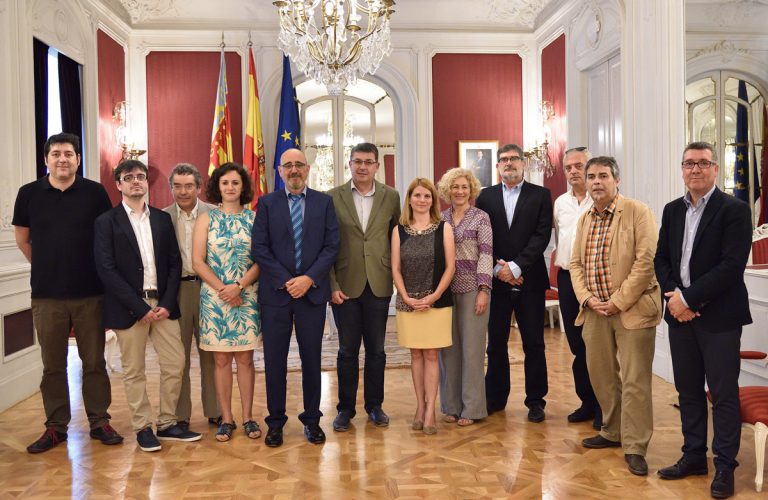 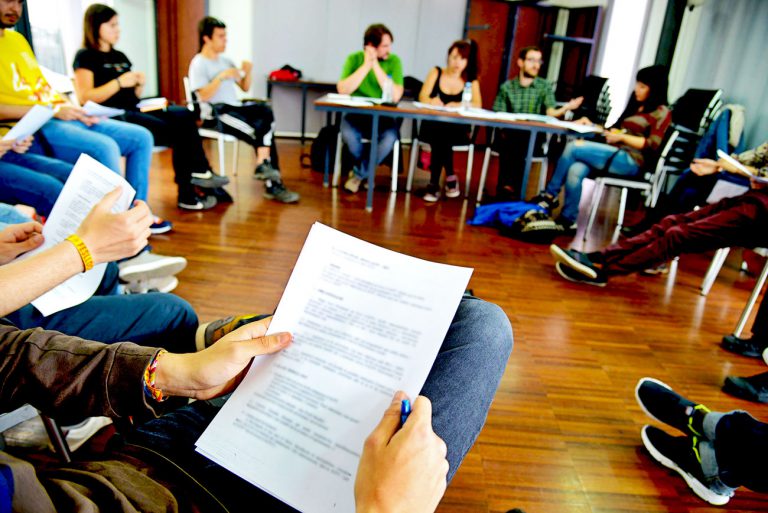 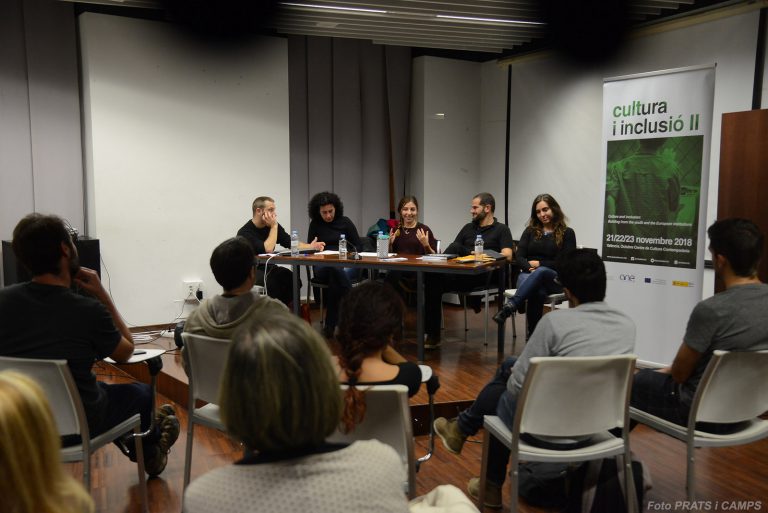 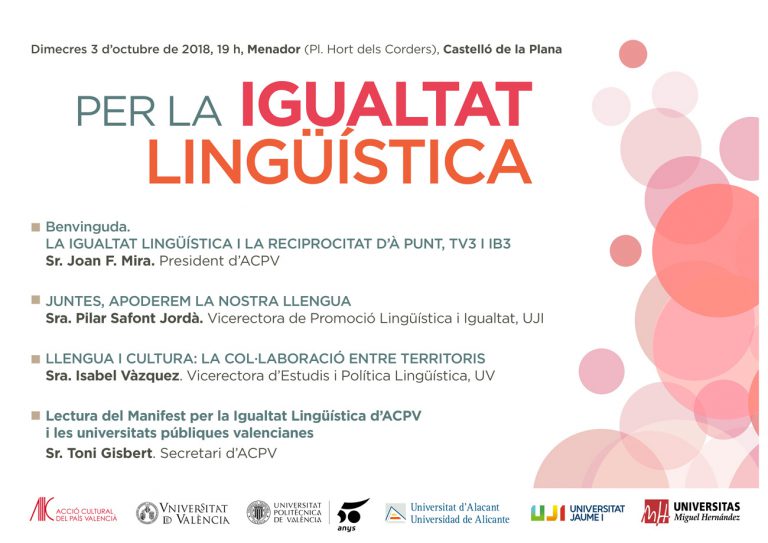 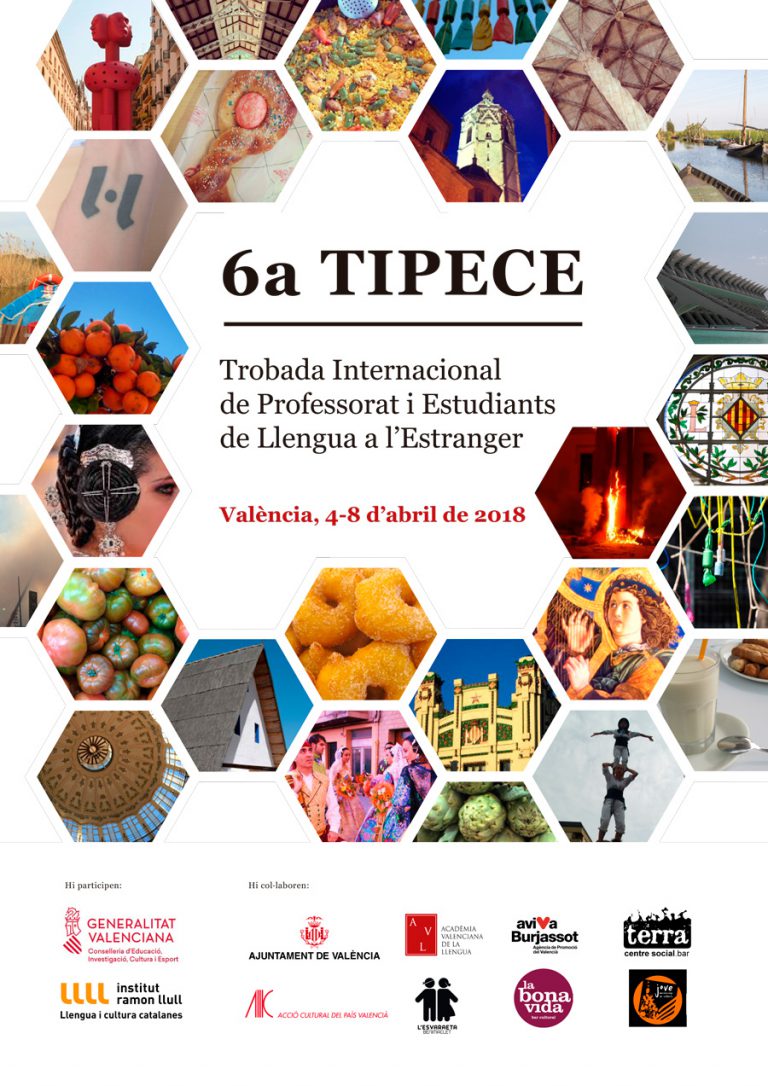 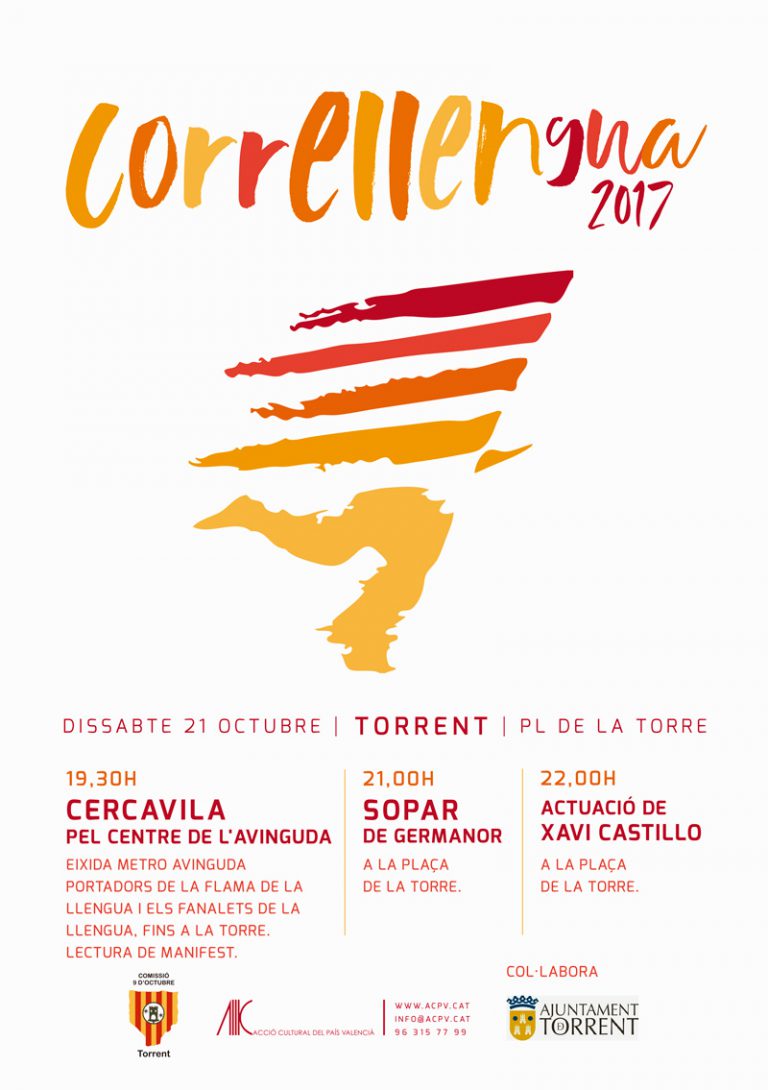 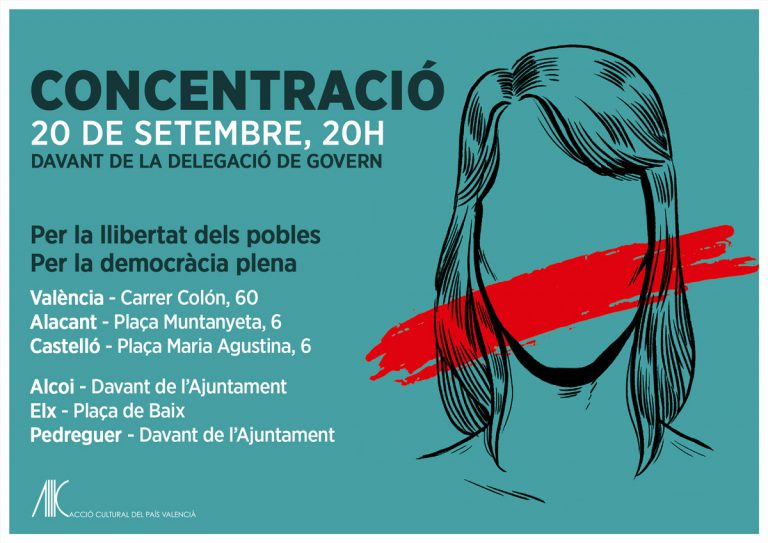 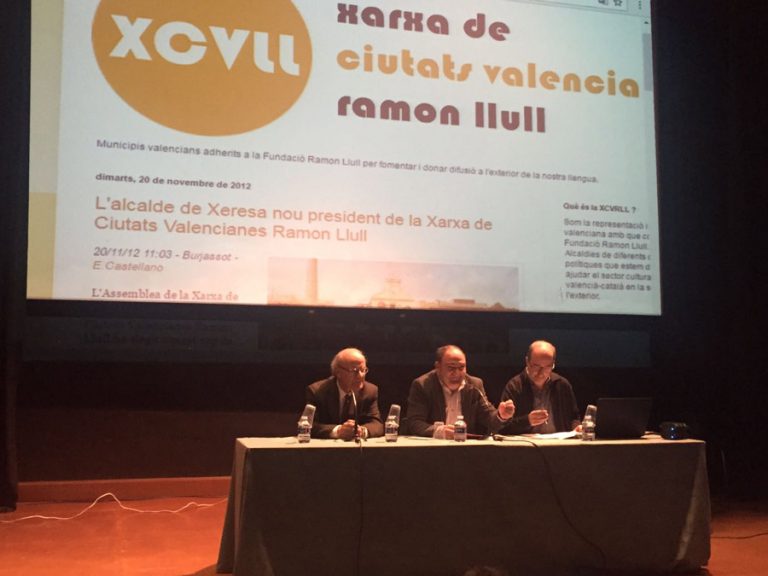